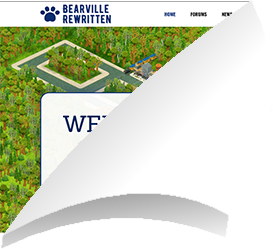 Which was your favourite job?

I have to admit that once Bearville closed, I spent my time playing Webkinz World. I had actually opened my account at around the same time as I started playing Bearville, actually, but Bearville was so much more charming! I'm actually still pretty active on Webkinz World, despite the many changes that game has gone through since it's inception. I have a lot of pets, too many to mention here! Some of my favourites are the Patchy Puppy, Strawberry Cow, and Jellybean Puppy. I have quite a few of my Webkinz on display in my room, as well as a few of my favoutite Build a Bears. Webkinz World has kept me entertained over the years, but I admit I'm ready to get back to Bearville for some truly wholesome entertainment. Bearville was truly one of a kind and I've missed it terribly since the original site shut down.

I actually just started playing Webkinz again recently! I remember Webkinz, BABV, Club Penguin, and VMK were my life as a kid. I like that Webkinz added the ability to play without buying a pet. I don't remember for sure, but I don't believe that was possible in the beginning. But I just got my son's first Webkinz for Christmas (alley cat) and signed him up and he loves it! It's so awesome to see the torch passed along lol. I'm also glad to see other adults so in love with these games!

Webkinz was the first virtual world I played in! I got a black cat for my birthday that I named Sabrina, and from there I was hooked. I eventually moved over the Bearville though, since it was easier to get Build a Bears where I lived compared to Webkinz at the time.
I can't remember all of the ones I had or how many. The main ones I can think of was I had a white unicorn, a white duck named Annabelle, a pink frog covered in hearts, a regular dog.... and a bunch more. I still have most of them at my parents house I think, though some I gave to younger relatives when I got older. 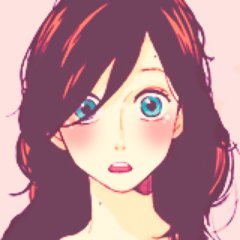 Oooooh, the white unicorn was my first! I think I named her Pegasus, Peggy for short.... even though she wasn't a pegasus lol.

I DESPERATELY tried to find one for my son that looked like the bab I gave him (floppy kitty) and found a webkinz that looks almost exactly like her. i thought it'd be magical for him for her to come to life like she did for me (this was before i realized BABVR was coming!) but with the webkinz code, it was ALMOST A HUNDRED DOLLARS because it was retired
so he got a regular abbey cat for 20 lol

I was surprised when I went to a dollar tree a couple of years back, they were actually selling Webkinz there! I don't think they had the codes though. I bought one of the Googles because I never got one, but they always looked so goofy lol. I still have it on my desk.

I currently maintain 16 accounts on Webkinz at the moment. I keep 16 accounts cos occasionally there are collection events where you ask friends to send you a daily collection item, like Valentines or marshmallows, in order to complete the collection and win prizes. There are also building kits you can buy and, once again, you send requests to your friends for the building materials. I have so many pets, too many to list individually.

16 current webkinz accounts?
do you have to input an animal code each year for each account to keep current? more or less?

Yes, I have to adopt at least 1 pet on each account per year to keep them full member accounts. You can be a free member, but you're really limited in what you can do on the site. Limited games, letters only, no gifts, and only a few clubhouse rooms to access, as examples.

I have a ton of Webkinz accounts as well haha oops

Webkinz was my jam!! The pizza game on there was really fun.